July edition of The Big Thrill

I interviewed Jeff Abbott about his new book, AN AMBUSH OF WIDOWS for the July edition of The Big Thrill 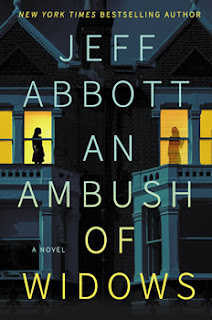 Jeff Abbott’s new novel, the devilishly titled AN AMBUSH OF WIDOWS, is about two women with nothing in common except a tragedy.

An “ambush” is the collective noun for a group of widows, and Abbott finds it interesting it’s the same noun for tigers and widows.

“Make of that what you will,” he says. “I like to think both could be dangerous if provoked. I didn’t know about the noun until I was wondering what you called a group of widows and as soon as I saw ‘ambush’ I wanted it to be the title. Of course some people think it’s about an ambush committed against widows, when these widows are more likely to do the actual ambushing.”

Full article at the this link: https://www.thebigthrill.org/?p=70177