My List... but the not the one you think.


It is that time of the year again when you make resolutions.
This is not my resolution list. I’m still working on mine. Although it would be pretty simple: write more, lose weight, love more…you know, the same old, same old.
Be warned: the actual content of this post will border more in the realm of “ranting,” but not quite there.
If you have read my previous posts you’d know by now I am a huge fan of movies. Now that we are past the purported end of the world, I am grateful Hollywood producers did not fall for such idiotic “predictions” and continued with business as usual. I’m looking forward to several movies in 2013; my top five are Man of Steel, Iron Man 3, and Star Trek into Darkness, A Good Day to Die Hard and The Great Gatsby.
From 2012, my favorite has been Skyfall. Yep, I’m a diehard James Bond fan. The Avengers was awesome, too.  I didn’t enjoy The Dark Knight Rises, so sue me. At least, I managed to escape watching any of the Twilight flicks.
And now, for the “ranting” part of this post: What the heck is wrong with Hollywood producers? Is there no end to their greed? I know a man won an Oscar for claiming greed is good, but come on!
It all began with the 7th Harry Potter book that they thought it would be great to split tale into two admission tickets, two DVD’s (or Blue Rays), two batches of games or action figures, etc. They succeeded because we ate it up. Little did we know that a “Part 2” would soon become the new trend! New Dawn soon followed suit, so did the people behind The Hobbit who boldly stretched the 300+ book into three movies! Today I learned they did the same trick to the third book of the Hunger Games.
I say “trend” because I harbor a small hope that the procedure would die down soon enough. Hopefully.
End of Rant!

I'd love to hear your thoughts on the subject.
No comments: 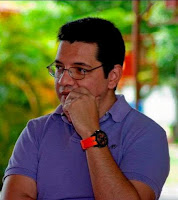 J. H. Bográn was born and raised in Honduras, is the son of a journalist; he ironically prefers to write fiction rather than fact. He lives in Honduras with his wife and three boys. Majored in Business Administration and has worked in the textile industry for past twenty years.

He’s the director of CriticArte, an artist forum sponsored by the Centro Cultural Sampedrano.

His published works include titles written in English and Spanish:

Other works include teleplay and screenplays:

·        Once Cipotes, wrote the screenplay based on the original idea of Tomas Chi. Currently filming.

Where in the world is Angela?

This week I'm a guest at The Bookshelf Muse. One of the owners, Angela Ackerman is telling the world she's deep into writing her novel for NaNoWriMo. However, some evidence proving the contrary has surfaced.

Is Angela running a NaNoWrimo Fraud?

You'd be the judge of that:

Today I discuss Murder Weapons and their relevance in the thriller genre at the Crime Fiction Collective:

Today I have a guest. Fellow writer Gina Fava had this wonderful idea of a blog exchange. Yesterday she hosted me at her blog, and today she's sharing some thoughts with us about True Crime:

Two great things happened this weekend that coincided perfectly to produce this post:
How do these two events mesh?
When I first met J.H. Bográn a couple years ago (we'd both attended Thrillerfest V), I learned that he is the son of a journalist.  But where his mother would have the opportunity to write about true crime at every turn, the readers of J.H. Bográn's superb short stories and novels will tell you that he prefers to stick to fiction.
After attending a panel at the New England Crime Bake this past weekend entitled,  "Truth is Stranger than Fiction:  Writing True Crime," it got me to thinking as a writer, why not consider the true crime genre?
How about these gems:
While many true crime books are based on murder cases, others delve into abductions, robberies, arsons, and political scandal.  Many stories spring from recent headlines.  Some are based on years of research into a historical case.  Aside from the intrigue that drips from the pages, lessons in FBI criminal profiling, national security, and child welfare also may be gleaned from the facts.
The genre is factual, and legal fact-checking is a priority, so self-publishing in this realm may prove disastrous for anyone inclined to do so, as the integrity of real life victims as well as the rights of those who've committed the crimes are in play.  It's recommended to seek a traditional publisher in this vein of writing.
If you have a background in journalism, law, or criminal justice, true crime stories may be already be part of your genetic code.  I'm not sure if I have J.H. Bográn convinced to write them, but I'm certain that he's already a fan.  Either way, I'm grateful to my friend and colleague for letting me visit today, and it's been great connecting with all of his readers.  Be sure to stop by Gina Fava's Blog anytime to say hello.  Have you tried your hand at true crime writing?  Are there movies or books based in true crime that you'd like to share? 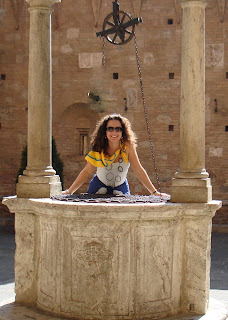 Born in Buffalo, NY, and living in New England, Gina Fava has written award-winning short stories, and is working to publish two suspense thrillers based in Rome, Italy.  An active member of MWA, ITW, and SinC, she's also a Formula One fan and an avid blogger, and she loves to research first-hand the Italian reds that her characters imbibe. Learn more at http://www.ginafava.com/

I guess you can quote me on that. LOL
No comments:

Ten Interview Questions for The Next Big Thing

My Friend D. Krauss tagged me with these questions. Yeah, I know what you’re thinking: why do I still call him a friend, right?
Here’s my reasoning. I was bored, my blog needed a new post— it’s been a while, and besides, when I read the questions I thought they’d be fun.

What is the working title of your book?
Now that’s a tricky question. The current title is “Highland Creek,” but my editor has made it clear we have to change it. So what is it going to be called when it is released? At this point, your guess is as good as mine.

Where did the idea come from for the book?
To explain the where the idea came from I must first tell you the book is about a former member of the FDNY who lost his family in an air accident. Now he´s trying to piece his life back together. He gets a last-chance job investigating insurance fraud, but of course, being a thriller, he soon finds himself in danger.
The original idea for the main plot dealt with the Nigerian scams (yes, we all get those emails), but that concept was scraped in one of the early revisions.

What genre does your book fall under?
Are you asking if it is suspense, action-adventure or thriller?  All of the above, hopefully. Of course, there is a bit of romance mingled in there.

Which actors would you choose to play your characters in a movie rendition?
Jason Statham could play the lead, if he can manage to lose the Brit accent. Jennifer Connelly for the female lead. The bad guy, I’d propose Gael García Bernal.

What is the one-sentence synopsis of your book?
Former firefighter and widower Sebastian Martin enters a new job investigating fraud but ends up strapped to a chair enduring torture at the hands of a former KGB trainee.
Phew, that was tough!

Will your book be self-published or represented by an agency?
Highland Creek, or whatever the title will be at the time, will be released by Rebel E-Publishers. They are an up and coming publisher who accepts un-agented authors.

How long did it take you to write the first draft of your manuscript?
I wrote the first chapter in 2006, the finally typed THE END in 2010. Don’t worry, the book is not overly long, it just happened that life got in the way of my daily goals.

You don´t believe me? Look at the NANOWRIMO patch:

What other books would you compare this story to within your genre?
The damaged hero is reminiscent of James Bond after becoming a widower in On Her Majesty’s Secret Service, or the first half of Lewis Perdue’s Daughter of God or even Ken Follett’s Triple. Did I mention my book is a thriller?

Who or What inspired you to write this book?
The book’s underlying theme is “second chances.” This will be my second novel length work in English, thus my second chance at it. I found inspiration in my desire to become a better writer, device more complicated plots, and last but not least, to finish the damn thing.

What else about your book might pique the reader’s interest?

Exotic locations! Half the book’s story happens in different cities of Honduras, however, many of those places are viewed from a foreigner’s perspective. It was quite tricky to take every-day landscapes into exotic locations. Well, not really. The place is beautiful to begin with.

* Give credit to the person / blog that tagged you
* Post the rules for the blog hop
*Answer these ten questions about your current WIP (Work In Progress) on your blog
*Tag five other writers/bloggers and add their links so we can hop over and meet them.

Deeds of a Master Archer first promo weekend
I've scheduled to give away Deeds of a Master Archer for two days at Amazon. The story will be free on Saturday Oct/06 and Sunday Oct/07.
If you could post to Facebook and Tweeter I'd be eternally grateful.
Here's a short Tweet, ready to copy paste:
One village, Two men, Three dragons, winner takes all. DEEDS OF A MASTER ARCHER, #free today. http://amzn.to/PKEJ6b
As a companion, I scheduled The Assassin's Mistress to go Free on Sunday only.
Here's the suggested Tweet:
In THE ASSASSIN'S MISTRESS, a random encounter leads to love, deception, passion, and murder. http://amzn.to/R11xhk #free #kindlefree #rt
The plan is that if all goes well on Sunday, I may add an extra day for both, but we´ll see.
Thanks to all.
No comments: